What if you join a board, but have no financial experience? 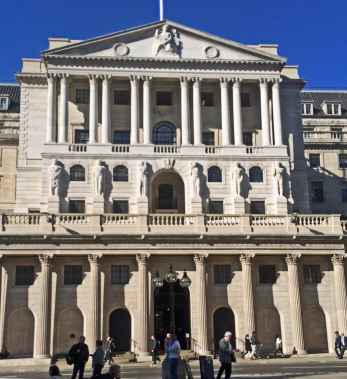 One mistake that non-financial people often make is to assume that financial people both know what they are talking about and understand all the financial issues. Once you realise that neither of these may be true, you will feel less cowed by financial jargon and able to participate more freely.

I have twice in my career come across toxic derivatives held by companies that the financial team believed to be sensible and prudent. The other board members took their lead from them. However, this nearly brought both companies down. Asking apparently silly, basic questions could have unearthed the issues. Non-execs should sometimes challenge whether the Emperor is actually wearing any clothes.

It can be daunting joining a board for the first time, and possibly being asked to join the audit committee too, when you have no financial background. There are some courses around to give an introduction to finance, which would be very worthwhile if you feel that your understanding of basic finance is poor. This article cannot provide such a foundation course in finance, but it can provide some pointers to things to watch out for.

Every business is likely to have a budget or plan, probably an annual one. This is likely to be set at the beginning of the financial year and to be the benchmark for financial bonuses. The executives may well propose reforecasts during the year, but these are very unlikely to be used to reset bonus levels. Shareholders tend to be very sniffy about any attempts to do this.

It is difficult for an NED to really evaluate whether a budget is set at the right level: Too low and it makes it too easy for the executives to be seen as heroes, too high and it will be unachievable and demotivating. One benchmark will be ‘City expectations’ or ‘consensus forecasts’. You should expect the budget to be set, at least in profit terms, a little ahead of the City benchmark. This gives room for life being a little tougher than expected and still meet expectations. How much of a ‘cushion’ is needed will vary from business to business. Ask for a schedule of full year profit variances against each year’s budget for the last few years. This will give you an idea of the accuracy of budget forecasts.

The budget may also have a ‘discount’ or ‘cushion’ already built in. This is sensible, as most budgets are set initially with a ‘can do’ mentality that ends up with an ambitious number. Discounting this back gives a more balanced target. You might compare the discount to the historic budget variances to get an idea as to how adequate it is.

Ebitda is simply Ebit before subtracting depreciation and amortisation. It shows you, broadly, ‘cash earnings’. This is the basic cash flow from which everything else, such as capital expenditure for example, gets paid. It is always worth thinking hard about the level of such investment if capital spend is very different to the booked depreciation.

There may be a number of complicating factors;

Profit from associates and joint ventures: These are just another source of profit from part-owned bits of the business.

Amortisation: This is the writing off over a period of a cash spend in the past. Some companies may exclude it from their PBT shown in management accounts, as they see it as an accounting entry, which has no relevance to today’s profit.

Constant Currency: In a multi-currency business, the board will want to know how that business is doing, free from distortions from movements in exchange rates through which foreign units are being reported. Constant currency therefore reports every unit at a set currency rate, probably the budget one. Boards will want to see the actual currency version as well, as this is ultimately what the value is in the home currency.

In the good old days, one-off items, usually losses, were treated separately as extraordinary, and then later as exceptional items. Nowadays, the rules are much tighter so CFOs have to be more creative.

Boards understand that there are circumstances in which you have to adjust for one-off items to understand the true underlying profit movement. Regulators however have reacted in a simplistic way to abuse of the exceptional line, by making it more difficult for a company to show investors what it believes underlying performance to be. It’s a bit like the government announcing that it believes sick leave is being abused, so it will in future ban sick pay.

The internal management accounts may well have ‘exceptional items’ beneath PBT, which are usually helpful for a board to understand underlying performance. However the published accounts may put ‘non-underlying items’ in a separate column, so companies can show the P&L with and without them.

Boards do need to be vigilant that adjustments to underlying profit are valid. They will tend of course to be losses rather than profits! It takes no financial knowledge to challenge a cash cost adjustment (ie not amortisation), so all directors should be sceptical of these. This is especially true when management is trying to exclude a cost from the profit used to determine their bonuses.

These are the absolute basics for a financial understanding for non-execs. I haven’t forgotten to discuss cash or derivatives yet, but these deserve an article to themselves.

Always keep an eye on cash.