Why you wouldn’t want a CEO piloting an airliner 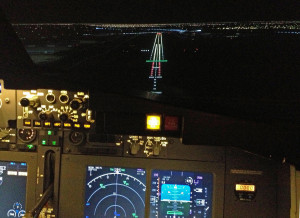 The popular image of a pilot is of a dashing hero, who pulls off amazing feats of skill to save his aircraft from imminent disaster. However, in reality, what airlines value most in pilots is keeping to procedures and operating according to checklists, acting with defined responses to various planned and unplanned events. That’s not to deny that pilots possess considerable skills and knowledge. It’s just that these are best deployed in known routines and responses. You don’t really want a pilot inventing a new dashing way to land a jumbo jet full of passengers.

That makes a pilot different to a CEO. You want a CEO who does lead the business into new ventures and innovative ways of working. These sets of skills are rare and so we end up looking harder for the right CEO, and paying them a lot more money. We end up with the superstar CEO.

Whilst this may be the right strategy, it does have some undesirable consequences. Much of the responsibility for performance is placed solely with the CEO. If something goes wrong, the media, politicians, and often investors, are out calling for the CEO’s head.

The CEO can’t complain about this, as it’s the flip side to demanding the superstar salary. Their remuneration and incentives are, after all, based on the idea that the CEO is making a massively disproportionate contribution to company performance.

But it’s also rather convenient for others. For the media, it’s a simple age-old people story; another Icarus melts his wings and falls to earth. For investors, it can be reassuring. Perhaps they didn’t invest behind the wrong business model, the chief just let them down. Even the other board directors can deflect difficult questions about their own role by taking decisive action on the boss.

The problem with this familiar narrative is that, whilst it will have some truth, it is never the whole story. It enables others to avoid the sort of soul searching that might produce more insights and more long-term solutions.

It enables regulators to avoid proper forensic inquiries into company failures; investigations that might produce real explanations as to how all the corporate governance, rulebooks, regulation, overseers, auditors, independent non-executive directors, and well-informed investors have all failed to stop the egregious corporate failures as we have seen in the last few years.

How did the boards of Lehmans, Merrill Lynch, Royal Bank of Scotland, and others, fail to spot their looming problems? They were full of very intelligent, experienced directors, so there must have been a systemic problem. But there has been very little attempt to learn from these events, because the focus has always tended to be on blaming the individuals at the very top, not understanding the systemic issues.

I joined the board of Northern Rock in late 2007, just after it had suffered the first run on a British bank in 150 years. I then conducted an inquiry into what had happened, in order to understand if there was a case to sue either the previous management or the auditors (there wasn’t). However, I learnt a lot about why it had happened. The then UK banking regulator never once spoke to me about the inquiry, and, to my knowledge, never forensically investigated what really happened at the bank.

It’s so much easier just to shoot people, than it is to find out the real story. It’s also much less likely to expose your own failings.

The result is that we haven’t really learnt the lessons of the last few years. Well-meaning corporate governance rules have however proliferated. Regulators have begun to accept that behavioural factors are an issue. However they have responded by, for example, insisting now that companies list out their risk factors and opine about their ‘risk appetites’. You somehow doubt that an expert in human behaviour was involved in devising that remedy.

No one links new governance rules to the precise reasons for previous failures. No regulator assures us that if only companies had been applying their new rule, that failure wouldn’t have happened. There is simply no linkage between corporate failures, analysis of their causes and new regulation. That’s because regulators go straight from reacting to the public outcry about corporate failures to drafting new regulation, missing out the analysis stage completely.

So you wouldn’t want a CEO piloting your airliner, but we could certainly do with business problems being focussed less on ‘pilot error’ and more on really understanding what exactly happened and why. This must be primarily aimed at preventing failures recurring. Isn’t that more important than taking revenge on individual executives?