What’s all the fuss about cash? 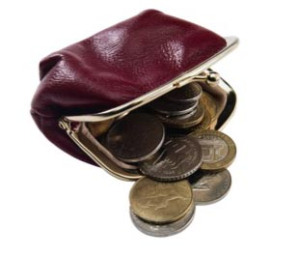 Companies differ very much in their attitude to the importance of cash. If a business is private equity owned, highly geared (ie has a lot of debt) or has not a lot of headroom against its overdraft or debt covenants, it is likely to be very focussed on cash. Others, especially subsidiary boards, may look almost exclusively at profit.

All boards should take cash very seriously. This is because profit is a theoretical concept, whereas you can only pay employees, suppliers and shareholders in cash. You should take particular notice when a profitable business is using cash. If this is because it is in an investment phase, and it in spending capital to expand, then this may be absolutely fine. However, be very aware of negative movements in working capital. This is often a tell-tale sign of bigger problems.

This is exactly what it says. It is the net of all bank borrowing less any cash deposits. If cash held exceeds debt, then the company has net cash, rather than net debt. It is a vital indicator of how the business is faring. Its absolute level tells you how much of the business is being funded by borrowing, and movements in net debt tell you whether the business is generating or using cash.

Ensure that net debt and its movement are reported in board packs. The Cash Flow Statement required by accounting standards is pretty useless to management (and if truth be told, to everyone else too). This is because it adds down to movements in ‘cash and cash equivalents’ (which are generally irrelevant as they exclude debt), and mixes up lots of different activities. Ask instead for an explanation of movements in net debt; staring with EBIT, adding back depreciation (which gives you Ebitda), less working capital movements, less capital expenditure, plus disposals, less interest, less dividends.

The three main constituents of working capital are stocks, creditors and debtors;

Stocks: A significant increase in stocks, in the absence of a similar increase in sales, should be something to look at carefully. It may indicate that the business has problems in its supply chain and demand forecasting, or worse perhaps is producing stock just to enhance profit (because some overheads may be capitalised in the stock valuation and thus costs are apparently reduced). It’s worth asking whether this is happening and also how large any provisions are against the stock valuation. Both the size and movement may be significant.

Creditors: Trade creditors are what the company owes its suppliers. An unexplained increase in such creditors may show that management is conserving cash by lengthening payment terms or just not paying its suppliers to terms. Other creditors can include taxation, social security, and accruals/provisions. An unusual movement in deferred income and provisions is definitely worth querying. If a company wishes to hide profit for a while, increased provisions would be one place where that would show. Similarly a rapidly reducing provisions line might show that the company is drawing on previous reserves.

Debtors: Trade debtors are amounts owed by customers to the company. Again, watch for any movement in this line that seems out of step with sales. A step up may mean that management has lost focus on debt collecting or even that, in its desire to maintain sales, it is offering customers longer payment terms. It is worth asking if payment terms are changing and, if so, why.

Borrowings/cash: These may be appear to be working capital as they are put in current assets and liabilities in a statutory balance sheet, but it is important to exclude them.

Ratios to help watch movements in working capital are;

Derivatives: This is an area that causes even qualified accountants to break out into sweat. However, do not just assume that financial people have got it right. Twice in my career, I have come across derivatives that the CFOs thought were fine, and explained them to me in highly complex, bankers’ language. However both of them were in fact toxic and nearly brought both companies down.

Leaving aside financial services companies that may create and trade in derivatives, for most companies they have a sole purpose: to reduce risk. If the business is exposed to varying interest or foreign exchange rates, it may choose to hedge against them. Note that this is a choice, not a necessity (although a lender may insist on it as part of its funding arrangements). There are two basic questions to ask management here;

The basic check is that any hedge is carefully (in amount, terms and length) matched to the exposure that it is trying to hedge. If this is not the case, the hedge may well increase risk, not reduce it. Also be very careful that termination conditions are similar for both the original instrument and its hedge. A number of banks made good profits from selling long-term interest rate swaps to very small businesses that found subsequently that, although they were able to pay off the associated loans early, the swaps had a fixed life. With falling interest rates, those swaps became massive liabilities for those businesses.

Do not assume that the banks, or whoever else is offering the security, are working in your best interests. In general, they will sell off the derivative straight away and book their profit. You meanwhile have the financial cost of the derivative for its entire life.

Theoretically a hedge will be accounted for as a hedge ie all gains/losses are set off against the underlying gain/loss to give a neutral profit effect. If this happens, it is a good indicator that the hedge is fine. However the accounting rules are so stupidly tight, that many perfectly good hedges are not treated as such. So even if the accountants don’t treat them as a hedge, this doesn’t of itself mean that the derivative is not a good one.

Swaps or caps? A common issue for boards is whether to hedge an exposure by either a swap or a cap. In simple terms, a swap attempts to provide a mirror image of the original exposure. For example, if a variable-rate loan increases its interest rate, the hedge pays out a similar amount to offset this extra cost, and vice versa. A cap however will only pay out if the interest rate goes above a certain threshold set at the beginning. It therefore caps exposure, acting rather like an insurance policy with a big excess.

If interest rates fall, a cap simply costs what you originally paid for it. However, a swap becomes an open-ended liability, and you have to make payments to the provider. This is why it was swaps that brought companies into such difficulties, when global interest rates fell following the financial crisis.

Ask management for the financial impact (P&L and cash) of both under different scenarios to help show which looks more attractive at the time. But always be careful about any risk around differing maturity and early termination conditions.

Boards generally pass over the Balance Sheet quickly, partly because non-financial people, and quite a few financial ones too, are afraid of its complexity. However this is a mistake, as most skeletons, if they exist, will be sitting in that balance sheet. Additionally, there are many indicators of possible issues with the business that stand out in a balance sheet, if you go looking for them, just as clearly as other issues show in the P&L. The Balance Sheet can be your friend.

← What if you join a board, but have no financial experience? What are pre-emption rights and why do they matter? →