Is Tesco going green by being mean? 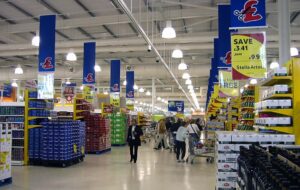 Tesco has proudly announced that it is the first UK retailer to offer sustainability-linked supply chain finance. That sounds great, well done Tesco!

But wait a moment. What does this really mean? Supply chain finance is used when a company takes so long to pay its suppliers that they have to borrow money to finance themselves. Suppliers can borrow against the amount of money that Tesco owes them, but of course, the suppliers have to pay the interest. Tesco has now made an arrangement for Santander Bank to charge a lower interest rate if those suppliers sign up to greenhouse emission targets.

If you are a Tesco supplier, you might think that its ethical ESG agenda might be better served simply by paying quicker, rather than making you jump through a green reporting hoop in order to pay less for the privilege of waiting to be paid.

From Tesco’s annual report, it looks like trade creditors are £5.6bn, implying that average trade terms are something around 42 days. Given that a large proportion of Tesco’s business is fuel and fresh food, which generally have short credit terms, this suggests that Tesco imposes an awfully long credit term on the average ambient or non-food supplier. This is despite Tesco proclaiming its great partnership with, and gratitude to, its suppliers. But then, buried deep in the Annual Report, there is an ominous comment that there was ‘a refinement of payment terms with our largest suppliers.’ I think that means that they started taking even longer to pay them.

I understand that companies manage their working capital, and many strive to stretch credit terms for as long as possible. Supply chain financing can be a lifeline to struggling suppliers. It just seems strange to me to claim an ethical high ground by tying such a lifeline to an imposed environmental target. It’s a bit like throwing someone overboard and then claiming the moral high ground by making them sign up to ethical causes before you pull them back in.

Incidentally, also strange is that this is being endorsed by WWF. Charitably, I can only assume that they don’t fully understand what they’re supporting. Since when has not paying your bills quickly been good for the environment?