What if you get an unsolicited approach for the company? 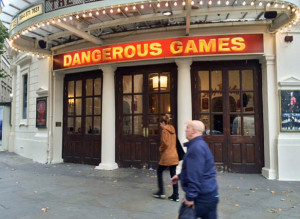 I was having a good day, sitting in my office sorting a few things out. Then, late afternoon, the phone rang. It was the Chairman of one of our competitors. I hadn’t spoken to him before, but this was no comfort, as he revealed that they were about to make an offer for my company.

As a non-executive, the first you may hear of an approach like this is when an urgent board meeting is called. There will probably be bankers, possibly lawyers too, at this meeting advising the board on its responsibilities, but this article will cover the basics so that you know what to expect and what questions to ask. It is a practical guide for non-execs, not a legal one, and based on the UK system.

This is exactly what it says. An approach to the board, to make an offer for the company, that was not requested by that board. It may be out of the blue, as in my case, or there may have been some suspicions that it would happen. Some commentators describe every such approach as ‘hostile’, but this is not right.

An unsolicited approach may not be unwelcome, you just didn’t ask for it.

The first task is to assess whether the approach is genuine. This may seem strange, but fake takeover bids have been made. In 2015 a small unheard of company launched a takeover offer for cosmetic giant, Avon, but this subsequently appeared to have been merely an attempt to manipulate the share price. Assuming that the approach is genuine, the next step is to consult your advisers.

The board will need to get advice from its independent advisers (“Rule 3 advisers”). They should give you independent advice on how to proceed. Importantly they will give you a view on the ‘value’ of your company and therefore if any offer is worth serious consideration (“recommendable”).

It is worth at this point making sure that you know the fee structure for your advisers. This should be reviewed and approved by the Audit Committee, but if this offer is a surprise this may not yet have happened. One of the oddities in this process is that the Rule 3 adviser is often heavily incentivised to get a deal done, typically at a higher price than the initial offer. They may get a fee only if a deal happens, or if not, almost certainly an extra fee if a deal actually completes. Against that, a successful takeover may mean that they lose a client. The adviser is usually, on balance in the short-term, financially better off from getting a deal done.

How do they value your company?

The advisers will bring a pack full of numbers. There are two basic ways of measuring; comparables and absolute. The comparables will be using measures such as PE ratios, EV (value of shares plus net debt)/Ebitda, and market cap/net asset value. These may be based on trading multiples in the market or comparable takeover or merger offers. All of these are useful.

Absolute measures will include net present value (NPV) or net asset value (NAV). The NAV will be most useful if the company is a property company, where an acquirer is most interested in just getting its hands on the assets. The NPV is pretty useless. This is because it will tend to be based on management’s forecasts of profit and cash, discounted at an estimate of the company’s weighted cost of capital (WACC). However it generally takes no account of risk, so it’s the value if everything goes to plan (and show me a company in which everything goes to plan). Some will like the NPV valuation as, not surprisingly, it tends to show a value much higher than other forms.

You expect an acquirer to offer a price above the current share price. The question the board will face is how much higher should it be to be recommendable? This is the ‘control premium’; the extra an acquirer should be expected to pay to get control of the company, as opposed to just buying some shares. The starting point is generally a premium of 30% above the current share price. This is just a custom and practice benchmark, but nevertheless an important one.

In some sectors, such as property, 30% may be rather high as the bidder may be looking largely just to acquire assets. The comparables of similar deal premia will be helpful as context.

The current share price is usually taken as the price at the close on the day before the Offer is received or announced. However this can be very misleading if the short-term share price has been volatile. It may be better to look at the 3 month average in that case. However, like it or not, markets get very focussed on the spot price.

“Advisers advise, but directors decide.” This is one of the most important aphorisms for corporate governance. The advisers are likely to say, if pushed, whether an Offer is “capable of being recommended”, largely based on the above comparison ratios. The board will then have to decide whether it will recommend. It will want to discuss its own private views of the company’s prospects. Some directors may not believe management’s forecasts are achievable or others may think them too conservative. Some may believe that the company is still undervalued because they see strategic developments that could increase value in the future, while others may believe that there will be trends that will put pressure on value in the future.

No director would be human if they didn’t think about their own position. An acquired board would be likely to be dismantled and both executives and non-executives may become redundant. Directors should try to ignore their personal interests, however difficult this may be.

The board will also want to consider whether the Offer is really likely to be deliverable. Is the offeror credible? The Offer letter should have details of how they intend to finance the bid; by new equity issued for cash or swapped for the target company’s shares, loan facilities (that should already be lined up) or some combination. What shareholder approval do they need from their side and have they already got support from major shareholders? Are their anti-trust issues, if the offeror is a competitor, supplier or customer to the target?

Do not assume that just because an Offer is being made that the other side can actually deliver on it.

If the first you hear about an Offer is when it is an RNS or leaked in the media, then it will be difficult to avoid it being hostile. The board will be on the back foot and, unless it is at a knockout price, the board will want at the very least to get the price up.

However, most Offers will come, as mine did, in a private approach. This gives the board time to consult with advisers and consider the matter out of the glare of publicity. The Offeror may apply certain constraints, for example. They may give a deadline for a response, with the threat of going public or withdrawing the Offer if not accepted in time. The former is a very aggressive tactic applied by a party that thinks this will go hostile. The latter is only likely to work if the price offered is a very full one.

In general, however the initial offer will probably not come with threats, so the board is not required to make an immediate response. However, the board may be advised to have a response ready within a week or so to avoid the impression that it is not taking it seriously.

The board’s response can be to;

The offeror must now decide whether to give up, to negotiate further on price or conditionality or to go hostile. Unless they do go away, battle will commence. My next article will take you through how the battle lines are drawn and what to expect from there.

← What are pre-emption rights and why do they matter? An unsolicited approach: Let battle commence →