To buy or not to buy, that is the question 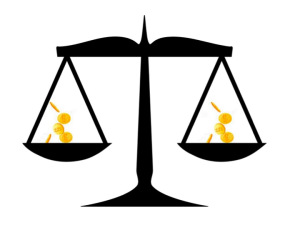 Whether ‘tis nobler to buy back

shares or pay a dividend?

Companies can purchase their own shares, using cash that otherwise could have been used to pay a dividend. This requires shareholder permission, and it is common for an AGM resolution to be put routinely annually to give boards the power to undertake share buybacks. The company also has to comply with the same rules about having distributable reserves as when paying a dividend.

If a company buys back its own shares, this will reduce the issued share capital. In the first instance this shouldn’t have any effect on the share price, as the company loses the cash, and thus value, proportionate to the reduction in the number of shares. However any further gain in the value of the company would be spread over fewer shares, boosting earnings per share (EPS) or net asset value per share growth.

The buy-back, like any distribution, also signals management confidence in the future, which may boost the company valuation and thus share price. This is particularly true if the buy back is part of an established ongoing programme of repurchases. A buy back may also be initiated as a one-off, if for example a significant part of the business has been sold off or the company gets a one-off receipt of cash. In this case the benefit is likely to be one-off as well.

On the other hand, some shareholders may favour cash in hand, so they may prefer dividends to buy backs.

Dividends tend to be ‘sticky’. Shareholders don’t like the dividend being cut, so management is reluctant to reduce the rate of pay out unless there is a lasting downturn in profit expected. Buy backs, on the other hand, can be more flexible, as there isn’t necessarily the expectation that they will be repeated at the same level.

Share buybacks are more likely to benefit earnings per share. This is because, although the company loses interest from paying cash out in any form, the buyback offsets this by reducing the number of shares in issue. Management may be incentivised to grow EPS, and so may prefer buybacks.

Is there evidence that favours either buybacks or dividends?

Any evidence is difficult to assess as it’s a bit circular. If a company is doing well, it is more likely to pay higher distributions. Separating out the underlying cash flow performance from the impact of the subsequent distribution is difficult. However the best data comes from the US, where buy backs are fairly common.

Buybacks have become a more popular form of distribution in recent years. Until the early ‘80s, less than 10% of shareholder distributions in the US were buy-backs, but nowadays they are 50-60%2.

McKinsey2 found that there was no significant relationship between growth in TSR and whether the company paid dividends or bought back shares. It did conclude that companies that did frequent buy backs did best. However this seems a little circular. Only very successful, cash generative companies can afford to do frequent buy backs and they are likely to be companies whose share price is likely to reflect that performance!

The theory is that, unless shareholders put a significant weight on the tax benefits of buybacks, they should be indifferent to share repurchases compared to dividends. The statistics, such as they are, back this. The form of distribution has no significant impact of shareholder returns.

Managements who don’t take account of shareholders’ interests in this way risk getting punished. Or as Hamlet put it;

And enterprises of great pith and moment

With this regard their currents turn awry

And lose the name of action.

← “Marking our homework” – Why executives resent non-execs What are dividends? →