The audit punch-bag: Where is the voice of industry? 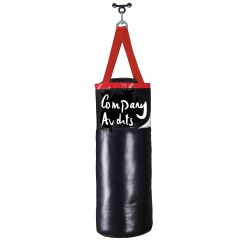 Storm clouds are gathering over the audit market. Government, politicians, media and regulators are all queueing up to condemn companies and auditors over the few, but well-publicised, failures of certain companies. Lack of knowledge about the audit process is no bar to these opinion-formers. Meanwhile industry bodies are supine in defending business and signally failing to provide the missing knowledge as to what actually happens and what went wrong.

Having attended some 200 Audit committee meetings across 10 companies of all sizes and ownerships over the last 25 years, I have seen how audits actually work for companies and shareholders.

Is there a fundamental problem with the audit process?

There are hundreds of thousands of audits completed every year in the UK. There has been a handful of, admittedly large, company failures in recent years. There are even fewer cases where an auditor has been found culpable, remembering that it is not an auditor’s job to stop a company failing. There certainly have been issues in auditing, like any business, but it is not legitimate to conclude that the system is fundamentally flawed based on a few examples.

Has greater regulation helped in the past?

In 1998, I along with many other Finance Directors pleaded with the then competition regulator, the Monopolies and Mergers Commission, not to allow the merger of Coopers & Lybrand with Price Waterhouse. This, coming soon after the demise of Arthur Anderson, would mean that we would be left with only four global auditing firms. Industry was ignored, as the regulator knew better and convinced itself that competition would be maintained. Move forward 20 years, and the current regulator, the Competition and Markets Authority, is without a single blush of shame, looking at whether the Big Four are too concentrated. Industry told them 20 years ago that this was a bad thing. What chance that the regulator will listen to industry this time?

The European Union decided in 2014 that the answer would be compulsory tenders and controls on non-audit work. This hasn’t increased competition between auditors and especially non-Big Four, who haven’t won more work. It has created an industry in pitching for new audits, which itself disadvantages the smaller players who cannot afford such expense and who are increasingly not bothering to pitch for larger company work. Moreover, the banning of a company’s auditors from doing non-audit work has actually reduced choice where other Big Four firms are already providing tax, advisory or internal audit services. The choice can end up between two firms, one of whom might then be ruled ineligible as a long-standing incumbent.

In the UK, audit quality is monitored by the Audit Quality Review team, part of the Financial Reporting Council. It reviews about 25 audits for each of the Big Four and a handful each for another four firms. The reviews are effectively an audit on the audit. Although the AQR says that it contacts each Audit Committee Chair at the start and sometimes at the end of each review, there is no evidence in the reports that any weight is attached to their views. For example, the typical Audit Committee concerns; responsiveness, clarity on technical issues and speed are not mentioned in these reports. It is clear that the regulator feels it knows best what makes a good audit.

In short, the evidence is that greater regulation and intervention have proved at best ineffective, largely counter-productive and have actually reduced competition in the audit market.

Is new regulation going to help?

The Government has asked the Kingman inquiry and the CMA to look at aspects of the audit process. There are two key themes; increasing competition in the audit market and looking at a regulator taking over the responsibility for appointing a company’s auditors.

Increasing competition in the audit market

Commentators often wonder why so many companies, especially large ones, principally use the Big Four. The answer is simple. Multinational companies need to be sure that they will get a high-quality audit in all their countries, and the Big Four have the best international networks. Coordinating different auditors in different countries with different technical outlooks and rules is an unwanted significant additional complexity for companies.

There are high quality people in all audit firms, but, from my experience, there is significantly less quality in depth in the non-Big 4. They don’t have the resources, attractiveness and career development that the largest players do. If the objective is higher quality audits, forcing companies to employ less well-suited auditors is a strange response.

Breaking up the Big Four would be very problematic. These are international alliances of companies, so breaking up the UK firms wouldn’t solve the issue the international issue. It is very difficult to imagine that a coordinated multilateral effort could successfully break up the alliances across the world. The Government could encourage or subsidise the non-Big Four to merge, invest, grow their expertise and better develop international partnerships, but this feels pretty tricky. The most plausible change would be to force UK firms to divest all their non-audit work. The auditors worry that this would make audit firms less attractive as employers, and that this would damage audit quality. They may well be right, but industries also have a habit of accommodating such change, not least by increasing salaries.

Some believe that companies select auditors who are more malleable to management. However, I can find no suggestion that some auditors are too lenient in any of the AQR reviews of audits, nor indeed any other evidence of this anywhere else. My experience from seven tenders that I have participated in, is that auditors are chosen largely on how sharp, commercially-aware and technically-competent the lead partner and top team are. Never has an auditor even implied that they would allow management more leeway than others. Moreover, if this were the case, then our whole governance structure with independent non-executives and audit committees would be failing. The answer then would be in governance change, rather in imposing audit appointments.

On what basis would a regulator appoint an auditor to an individual company? Would they use sector expertise? This would inevitably lead to a greater concentration of audits as it would be self-reinforcing. Would it be a cab-rank principle like barristers? But this couldn’t cope with companies needing sector-expertise or international coverage. How would allocating audits on a ‘buggins’ turn basis contribute to effective competition between auditors? If a company were allocated a poor performing audit partner, what recourse could it have when the audit is imposed on them? And how would this enhance competition?

An audit does much more than simply agree a profit number. A good audit works closely with management in order to get under the skin of a business and use that knowledge to make judgements, challenge assumptions, identify risks and suggest improvements in processes. The Audit Committee, in consultation with management, is in a good position to assess an auditor’s success in achieving this. How would a regulator be better placed to make this call for an individual audit, along with thousands of other appointments that it would have to make?

There is a problem, but how do we get to a solution?

There are issues with the quality of some audits, but there is no evidence that this is widespread. In fact, the continued repetition of Carillion and BHS as evidence actually suggests that there are relatively few known examples. Clearly there were issues to investigate at Carillion, BHS, Patisserie Valerie, and Conviviality, but no-one is really trying to understand how the audit process contributed to those failures. The media, government, Select Committees and regulators have focussed on allocating blame to individuals. This is not the same as understanding what happened. In fact, searching for blame is pretty much guaranteed to block thoughtful impartial analysis.

It does make sense not to allow any company to become too important to an audit firm. It may well be helpful to separate out completely non-audit work from all audit firms. But making auditors more nervous and cautious about signing off a company’s going concern statement won’t save companies from going bust. In fact, it is likely to increase it, as companies that could perhaps have been saved, have to through in the towel after being unable to get their accounts signed off as a going concern.

The current pressure to increase audit regulation is likely, on past experience, to be counter-productive. It may buy some good headlines for a beleaguered government, but responsible regulation has to be built on evidence, clear thinking and understanding of all the consequences (whether intended or not). It also requires the humility that would come from accepting the failures of past measures and decisions.

The likelihood is that we will end up with more regulation proposed by the ‘great and the good’, few of whom have actual experience of company audits, based on little evidence, but genuflecting to politicians with little or no understanding of business.

And where is the voice of business? The trade bodies remain craven to the government and fearful of a political backlash. The accountancy bodies, dominated by auditors, keep their heads down. It is no wonder that companies are likely to end up being the punch bag for yet more political games.