C. How to assess an NED job offer 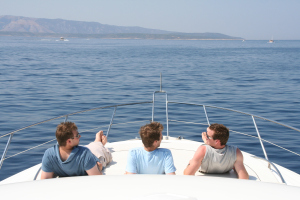 You’ve done your due diligence, you’re happy with the company and you’ve received a Letter of Appointment to become an NED. After a modest (it is only a non- exec after all) celebration, sit down and look carefully at what’s in the detail of the Offer before you accept it.

1. Time commitment: The Letter will say to which committees you have been appointed and the fee payable. Most public companies will pay a fee for chairing a committee. You should expect such a fee, as chairing does involve significantly more work. It may also name a number of days it expects you to be able to commit. This is in fact a mere gesture. Expect to give as much time as is needed. The number and scheduled length of the board and committee meetings gives you as good a guess of time commitment as anything else. Don’t believe the number of meetings that the headhunter tells you. Look at the Annual Report to see how many meetings they actually held in a year and then assume half a day to a day’s preparation for each.

2. Notice period: Executives may fight for 6 or 12 month notice periods, but non-execs are lucky to get 3 months. Some NED contracts have zero notice periods. Others say that in particular circumstances the contract can be terminated immediately. This often includes when a director is not re-elected by the shareholders. I was voted off a board once by hostile shareholders and my pay stopped that day. The Offer may be ambiguous on this point, and may be unclear as to whether immediate termination would still pay out a notice period. Offer letters are often poorly worded in this area, because Company Secretaries have historically not thought such events were very likely. However, annual elections for directors now should raise everyone’s awareness.

3. Length of service: The Letter may talk about one period of three years and a review at the end, or two periods of three years. I don’t think this makes much practical difference in the end. It seems to be just different drafting or history. Take a good look at it however, just to make sure you are clear what it says.

4. Insurance cover: Firstly, ensure that directors have appropriate directors’ and officers’ (D&O) liability insurance cover. Depending upon the industry and size of company, the cover could be £20m or more. Is that the right number? Speak to the Company Secretary. Not only should they be able to explain the cover to you, but also they should be able to explain the rationale for the size of cover chosen.

Next, ensure that the D&O cover has full run-off protection. This means cover that would still protect you if a claim emerged after you had stepped down from the board. I have seen this become a real issue, for example when the company was taken over, but the acquirer tried subsequently to call foul and claimed misrepresentation by the old board.

Check that the cover protects you in all circumstances in which you might leave the board. One (leading UK) insurance company tried retrospectively to limit its liability by pointing to the wording that the policy covered a director ‘retiring’ from the board, which it now decided meant a full retirement from all active employment. It claimed its cover would not extend to directors who just stepped down or resigned from the board, but continued working elsewhere. Fortunately the insurance company did eventually back down from this skulduggery, but do not assume the obvious when you look at an insurance policy!

5. Good/Bad leavers: For private or private equity portfolio companies, the Letter of Appointment should be scrutinised for good leaver/bad leaver provisions. This is especially important if you are expected to co-invest or have an incentive agreement beyond a basic fee.

6. Lawyer: You could pay a lawyer to review the contract, but in my experience they can worry about the fine wording, but miss key commercial points like these. They tend to have much more experience on executive contracts, but non- executive offer letters are a little different. However, you certainly could do so, and even try to get the company to pay for your legal advice. However, don’t be surprised if they politely say no to that!

← B. How to choose your first NED role Why do we have corporate governance regulation? →