Are Old Boys’ Networks used as a recruitment weapon against women? 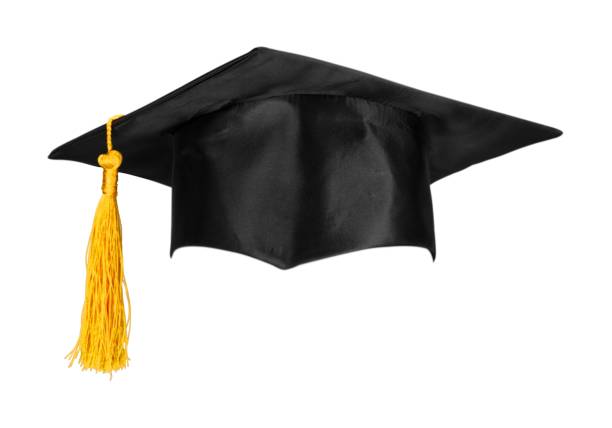 A fascinating piece of academic business research1 was posted on Linkedin. Not normally an aficionado of academic papers2, I couldn’t resist reading it. The title ‘Role of Old Boys’ Network and Regulatory Approaches in the Selection Process for Female Directors’ lured me in. It promised fascinating research into gender diversity on boards, something I am passionate about.

Now I don’t suppose they have a Trade Descriptions Act on academic research, but if so, the four authors better watch their backs. The paper does not in fact look at the role of old boys’ networks, nor regulatory approaches, nor selection processes, and selects only a certain type of director. For old boys’ networks, they used career overlaps; for regulatory approaches, they simply labelled three levels of regulation; for selection processes, they instead used outcomes, and for directors, they just used non-executives. The title would be more correctly listed as ‘Statistical relationships where people have worked together and are later appointed as non-executive directors’ – less eye-catching, but perhaps more academically rigorous.

The paper’s formal hypothesis is that a new board appointment is more likely to be a man if he shares some common background with one of the existing directors3. Furthermore, the greater the degree of regulatory pressure, the less often job overlaps occur, and the more likely that new appointees will be female4. These two hypotheses are not earth-shattering suggestions. Most board directors are men, especially going back a few years. If a board recruits by going to people they already know, that is likely to end up with a male-dominated list. However, regulatory pressure does two things. It encourages boards to use formal independent processes, rather than phoning up old mates, and it puts pressure on boards and recruitment advisers to have more diverse short-lists. Moreover, the more the regulation pressurises, or forces boards, to recruit women, the more females will indeed be recruited. It would therefore be surprising if these two hypotheses were wrong.

The paper defines the old boys’ network as ‘the typically dominant group in most business organisations, in which men share the same social and educational background, have high-level hierarchical positions, and maintain that dominance by intentionally excluding women from informal interactions’. Goodness me, this does seem a quite a stretch from just characterising people by whether they ever worked together! In fact, the research itself finds that the links that support its hypotheses are only significant where directors have both worked in the same company in the last five years. Relevant links created at university, government, charities or clubs are infrequent (less than 1%)5. This doesn’t however stop the paper concluding that; ‘Our results confirm the usefulness of memberships in other types of networks (eg work, clubs or charities)’. No, professors, your research does not support that!

Correlation does not mean causation

It is some 40 years since I studied statistics at university, but I remember that the most basic rule of statistics is that correlation doesn’t prove causality. Let’s assume for now that it is the less enlightened type of director that chooses to recruit from a talent pool of people they already know. Label them dinosaurs for the purposes of this article. There are now two other possibilities;

Both of these hypotheses are arguments to use an independent third party to run a search, rather than to use your own contact list. They are not however consistent with the idea that there is an old boys network that drives predominantly male recruitment. Both suggest simply that address books are an exacerbating factor for a dinosaur recruiter.

Is executive recruitment different to non-executive?

The paper looks only at non-executive recruitment, as it argues that executive appointments by definition have a relationship with the company. This is of course incorrect, as it only applies to internal appointments. The paper could have looked at external hires of executive directors. Had they found that executive hires use old contacts more than non-executive, this would have been a material, and quite concerning, finding.

The paper implies that things are getting better, if only as diversity regulation is tightening in most economies, and this is associated with less use of networks. However, the paper doesn’t attempt to show any statistical proof of this, which is a missed opportunity7. In fact, the time period of the base data is 2004 to 2015, which seems rather historic in a fast changing environment. The paper even quotes the UK’s Higgs Report, published back in 2003 for empirical evidence. Given that Higgs was the start of serious work on encouraging female representation on boards in the UK 18 years ago, this is surely not current evidence. For example, it notes that Higgs claimed that half the non-executive directors were recruited through friends or personal contacts. The paper doesn’t note that this has changed hugely since the Higgs Report. Incidentally, the UK is also excluded from the European and US statistics, with no reason given, despite the plentiful availability of data and activity in this market.

Are the statistics robust?

I do not have the advanced statistical expertise to review the calculations. However, it is worth pointing out that the 28% reduction in the probability of appointing a female non-executive director where the candidate has job links, is more clearly expressed as;

Overall women made up 18% of new non-executive appointees to boards, but where the successful candidate had a job overlap in the last five years, the female participation was only 13%. This is a material difference, but I find it surprising that this is statistically significant at 99% level. Not many complex human relationships are this clear cut, especially with such noisy data, and it tells you that the sex bias (coefficient) being introduced can’t therefore be that powerful. Given that women are very likely to have had fewer board roles and so less likely to appear in male’s contact lists, it is slightly surprising that the effect isn’t bigger. With 87% of current directors being men, historic contact lists are likely to be more than 87% male. If the appointment rate of females, without common job histories, is 18%, then having another group that rely on a contact list that is over 87% male, yet still appoints 13% female, suggests that, if anything, the users of the contact list may be favouring females, or at least not discriminating against them.

What can we conclude?

The evidence suggests that women are less likely to be appointed where the successful non-executive candidate has a common job history with an existing director. However, this does not mean that necessarily it is the common job history that caused the discrimination. There are a lot more male candidates out there with previous board experience. There is also no evidence provided that a common job history means that the selection process was conducted solely by use of a contact network. The research did not attempt to find out if a rational third-party search process was used, and whether the apparent favouritism to old contacts continued even when a formal search was used. Now that would have been interesting.

Having said that, and using my experience of recruiting board directors over the last 30 years, I suspect that there is a truth in here, that a formal search process is likely to produce a more objective and better outcome than relying on any personal network. Another piece of research that I have seen, conducted by a multinational company rather than academics, did indeed conclude that ‘successful’ hires generally were materially more common when an outside agency had been used, rather than using old contacts.

My take-away is therefore that companies should use rigorous and independent agencies to assist with external hiring decisions. This will tend to produce better outcomes. It is likely also to be true that such a process may assist in not only encouraging gender-blindness on recruitment, but also facilitate positive discrimination to encourage greater diversity.

This is quite a long way from the paper’s own conclusion. It does seem a pity to me that rigorous statistical methodology is summarised in some loose wording that is not actually backed up by the evidence. Sweeping statements8 are justified by one-line references to other papers, some of historic interest only today. Use of concepts such as ‘old boys networks’ are not consistent with the actual statistical variables used, and there is a material failure to challenge fully causality and causation.

On a broader point, it does seem also to me a failure that academics studying business issues seem to talk only to other academics. There is no evidence in this study that any of the four professors have in fact spoken to any real board directors or recruiters, and only academic papers are quoted in the bibliography. I can’t help feeling that business people could benefit from learning about original research like this, and academics might learn from those who actually practice it for real. Why can’t we have more open debate?

But I guess that I was never cut out to be an academic, so I’m off now back the boardroom to recruit some new directors instead. And yes, I always use search consultants and insist on diverse candidate lists.